A bucket on a farm aroused the curiosity of two frogs. Interested to know what was in the bucket, they took a great leap and landed inside. Much to their fright the bucket was half full of milk. The sides of the bucket were too steep and smooth for the two frogs to climb out. The unfortunate frogs were now floating in milk and death seemed certain. Wailing that all struggles were meaningless and convinced that he was going to die, one of the frogs gave up his struggle and drowned. The second frog refused to give up. “I am a good swimmer”, he consoled himself, “I will continue swimming and perhaps someone will rescue me”. As he continued his swimming, he noticed a change around him. Though nobody came to rescue him, the milk was churned into solid butter allowing him to escape to freedom.

(Narrated from an original story by Aesop)

An old, well known story which also provides a great learning opportunity. One of the frogs struggled, endured, dared to hope and thus saved himself. How much more could have been achieved had both frogs consulted with each other?
Often it helps to consult with someone with a different perspective: someone who works with you to clarify your thoughts, suggests alternatives, and courageously holds up a mirror to you. A person who is neither too close to be personally invested in your choices, nor someone too remote to care. Someone who has a wealth of experience, is familiar with human aberrations, and understands different motivations. Someone you can rely on to help you find a way through dark and hopeless days. The outcome could be an unexplored, exciting and challenging path, or perhaps an old, tried and tested one. But above all, a path filled with hope. 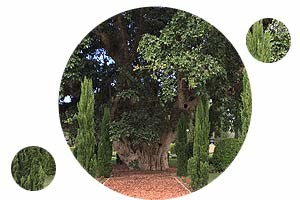